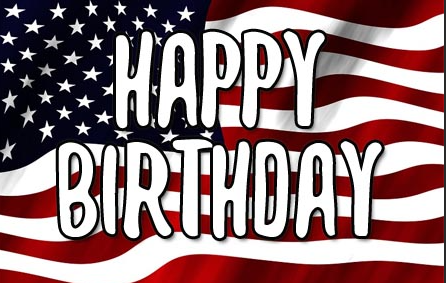 Happy birthday to the United States of America!

As I was doing my research on this important holiday, here is what I found from this website:

“Independence Day (the Fourth of July) is a federal holiday in the United States.  It commemorates the Declaration of Independence of the United States on July 4, 1776. The Continental Congress declared that the thirteen American colonies were no longer subject (and subordinate) to the Monarch of Britain. They were now united, free, and independent states. The Congress had voted to declare independence two days earlier, on July 2, 1776.

During the American Revolution, the legal separation of the Thirteen Colonies, from Great Britain in 1776, occurred on July 2.  The vote to approve a resolution of independence was made by the Second Continental Congress.  Richard Henry Lee of Virginia proposed this vote in June.  The United States then declared its independence from Great Britain’s rule.

After voting for independence, Congress turned its attention to the Declaration of Independence.  The Committee of Five, prepared a statement about this.  Thomas Jefferson was its principal author. Congress debated and revised the wording of the Declaration, finally approving it two days later, on July 4.

Fireworks, parades, barbecues, fairs, picnics, concerts, and political speeches and ceremonies take place now on July 4th.  In addition, there are various other public and private events celebrating the history, government, and traditions of the United States. Independence Day is the National Day of the United States.”

Many people really don’t stop and remember that this holiday is the time to say happy birthday to our wonderful country. Therefore, it was important for me to write a blog last year about freedom:

I stop and thank our great military and law enforcement who help us to remain a free country.

No matter what your political affiliation is, our great country gives us many freedoms to be able to live an amazing life here on US soil.

Next year, you will have an important choice to make with our Presidential elections.  As a result, half of our country or so, will vote one way and the other half the opposite.

I’m grateful to live in this country where I can choose to be who I am, how I live, and vote for whomever.

Our country is not perfect. As we exercise our right to vote, we have a voice about how our country will be governed.

Above all, you have the choice to celebrate that you live in a country where we have many rights to speak freely, be who we are, and continue to be of service.

I hope you will take the time to reflect on who you are and what contribution you’re making each day to others lives.

This week will you stop to celebrate your freedom and this great country?

Happy 243rd birthday to the United States of America!

With appreciation for you, 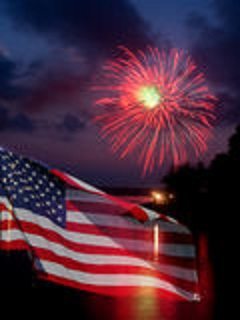